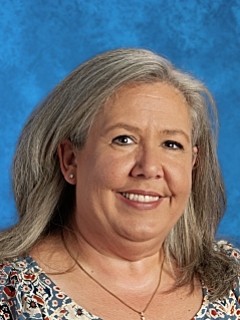 In 1994 I married my high school sweetheart, Chris Lewis, and we began our journey as a Navy family.

* Our first duty station together was NAS Pensacola, Florida where he attended flight school to become a Naval Flight Officer.

* Then in late 1995 we were off to Jacksonville, Florida for his final phase of training.

* We were finally moving to our first squadron tour in Oak Harbor, Washington in May of 1996. That was a shock! Took this Southern girl from the South and put her in a temperate climate, that first summer when the locals thought it was "hot" and I had on a winter jacket (it was 72 degrees). We enjoyed our time at VP-46, getting to know the P-3 Orion, and becoming familiar with deployments and detachments and how to tell the difference between them. And learning what OPSEC (operational security) was and why it was so important.

* In January of 2000, we made our way back down south to Pensacola, back to VT-10, but this time so my husband could be an instructor. And I could finally start working on getting my degree completed!

* In May of 2002, we moved to Dallas, Texas, and this is where I finally completed my degree!!

* In May of 2004 we moved to Brunswick, Maine, for a tour with VPU-1, and this is where we welcomed our first child, Alexander.

* In 2006 we moved from Maine, just a couple hours south to Newport, Rhode Island, my husband attended the Naval War College and I enjoyed being a stay at home mom, and then in September 2007, we welcomed our second son, Jacob.

* In January 2008, we moved to Malveira de Serra, Portugal (very near Lisbon), and my husband a tour with NATO. That was an amazing experience. Then during the fall of 2008 we discovered that our youngest son was not developing as expected, and upon many, many doctor appointments decided to cut our time overseas short so that we could come back to the US so that Jacob could benefit from the services available here.

* That took us to NAS Pax River, Maryland in May of 2009. During that time I was employed at the Parent Coordinator for St. Mary's County Infants and Toddlers program. This is the program that provides services (Speech, OT, PT, etc.) to children under 3 with special needs. I enjoyed my time helping other parents navigate the world that opens up when you discover that your child requires the services that are offered to children with special needs. It is an emotional journey, and one that changes as they get older.

* After, Maryland, we move back to Oak Harbor, Washington in 2011, for our final tour in a P-3 unit. Thankfully we were able to do our last tour with many of the people that we did our first tour with back in 1996.

* After Washington, we had one more tour, but this one was close to home on purpose. To ensure Northern Alabama was where we were going to finally put down some roots. Chris finished up his Navy career with 2 years in Tullahoma, TN at Arnold Air Force Base, while the boys and I lived in St. Florian. He came home on the weekends.

* Then it was finally time for him to retire in May of 2016, it was nice to have him home full-time! Since, this is home, now that we were here with family support, I began my Master's degree, to finally begin my career as a teacher. In August 2015, I began classes at UNA, and I  graduated in December 2017.

* I completed my student teaching at Deshler during the Fall of 2017, and thankfully they invited me to stay on as a Science teacher! I have fallen in love with this school, the students, the staff, and the community!

My higher education began when I graduated from Bradshaw high school in 1992. I ended up attending numerous colleges, and finally finished my Bachelor's degree in Molecular Biology at the University of Texas at Dallas in 2003. My most recent degree earned was my Master's in Education in Secondary Biology Education at the University of North Alabama in December 2017.

I began teaching at Deshler High School in August 2017. This was my student teaching experience, so thankfully upon becoming a fully certified teacher, Deshler decided to let me continue my employment. I truly enjoy the students, staff, fellow teachers and community that being a part of the Deshler family has introduced me to.