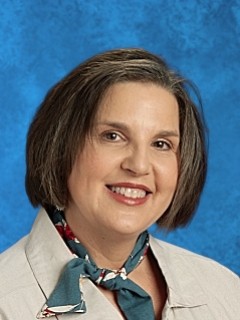 Hello!  My  name is Kathy Moon and I am proud to be a part of the Deshler Tiger Teaching Staff.  I was born and raised in southern Illinois.  After I graduated from Carmi Community High School, I began moving south- first for educational opportunities - then for job opportunities.  By the time we reached Lake Jackson, TX, it was time to turn back north.  I have been a resident of Tuscumbia for a number of years, from 1992- 2005 and 2008 to present.

My husband is Chet Moon.   We met as co-op students at TVA and the "chemistry" has continued for 30 years.   He is employed by Toray America in Decatur as technical manager.  We have two wonderful daughters who add the color to our lives.  Chelsea is a 2010 graduate of DHS.  She earned a B.S. from UNA majoring in chemistry and biology.  She plans to pursue an M.S. in education to become a science teacher.  Ali is a 2013 DHS graduate.  She earned a nursing degree from the University of Alabama.  Roll Tide!  She is working in the oncology unit at Centennial Hospital in Nashville.  We also have a Chihuahua named Bitsey and a cat named Mittens.  I love to learn new things so teaching is my dream job.   I also enjoy traveling, shopping, and hanging out with family and friends.  I am really excited to guide my students along an academic journey into the wonderful world of science this year.